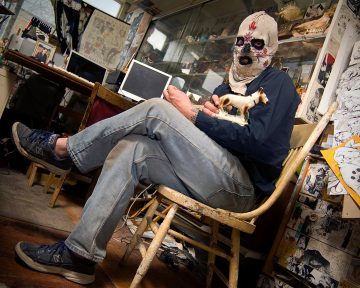 A musician and visual artist, William Schaff is a graduate of the Maryland Institute College of Art, and works from his studio in Warren, Rhode Island.