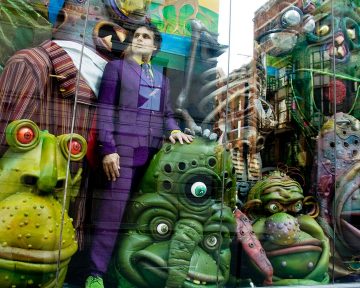 Erminio Pinque is the founder and artistic director of BIG NAZO, an international performance group and creature-making studio in Providence. Originally from New York, he has lived in Providence since receiving his BFA in illustration from the Rhode Island School of Design, where he now teaches a course in creature creation.