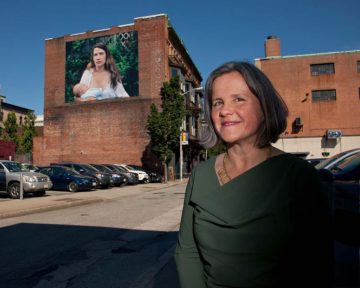 Mary Beth Meehan is a photographer whose work explores issues of culture, community, and visibility. She undertakes long-term, in-depth projects, with support from the National Endowment for the Arts, RISCA, RICH, and others. “City of Champions,” her first public installation, in her hometown of Brockton, Massachusetts, was featured on the New York Times LENS blog, in 6Mois Magazine (France) and in publications in Great Britain and Japan. Her series Undocumented, investigating the lives of undocumented immigrants in the U.S., was published in Germany and China, and traveled the U.S. with the 2015 FENCE installation. Her current portrait series, SeenUnseen, was installed in 2015 as large-scale banners in downtown Providence. A former staff photographer at The Providence Journal, Meehan was twice nominated for the Pulitzer Prize. She holds a degree in English from Amherst College and a Master of Arts in Photojournalism from the University of Missouri. She lives in Providence. Wannton (from the series SeenUnseen), 2015
Photograph printed on weatherproof vinyl, 378 x 259 in.